This article was originally published in the Sunday Times of Malta.

The term ‘hacking’ originated in the 1970s around the fledgling technical communities in Western US. It refers to actions by skilled computer experts who use their knowledge to overcome a problem. The hacker ethic is rather impish, open and in direct affront to established models of proprietary control and profit. In its congenial definition, hacking promotes a positive vision of work, decentralised innovation and creativity. It is in this spirit that the first Vatican Hackathon was convened on the 8th of March 2018.

Combining the words “hacking” and “marathon”, a hackathon is a sprint-like event in which multi-disciplinary teams of technical experts collaborate to create solutions under a time constraint. Only a few meters away from Michelangelo’s Creation of Adam depicting the creation narrative from the Book of Genesis, 120 students were gathered to lay down the foundation of how technology can address important global issues namely; social inclusion, interfaith dialogue, and the migrant and refugee crisis.

Official Opening of the Hackathon at Palazzo della Cancelleria, the former Apostolic Chancery of the Pope

Under the auspices of the Pope, and co-organised by Harvard University, The Massachusetts Institute of Technology and OPTIC, I was a mentor to some of the most brilliant minds in contemporary computer science. With a fair dose of creative effort and knowledge, the students were tasked to restore human-centric thinking and values in our increasingly digital world. Technology is a human undertaking that is guided by values and conceptions of what is good and desirable. The hackathon’s objective was thus to inject value-sensitive design principles in the architecture of technologies that foster inclusivity and well-being.

Jesus would probably have probably been an ethical hacker today using digital tools to transmit principles of social justice. Although technology is centred on abstract engineering functions, it’s a central theme for us humans and we have the responsibility to shape it positively to create a better world. This development must be integrated and comprehensive involving all stakeholders and promising of a transformative experience, especially for the world’s most vulnerable people.

We have the the ability to create virtual life (perhaps in the form or artificial intelligence or in the more mundane form of software) and with this comes great vicarious responsibility as these digital spaces must be imbued with moral value.

The 120 students I mentored in Rome recognized the creative image portrayed in the Book of Genesis and used their talents imaginatively to prototype ex nihilo solutions for some of humanity’s toughest challenges. Their actions could possibly be described as an emotional, albeit exceedingly small, participation in God’s creative work. As stated by Fr. Spadaro SJ, the hacker ethic may even have prophetical resonance in today’s world to remind us that the “human hearts are yearning for a world where love endures, where gifts are shared” (Benedict XVI, 2008).

The students hailed from the world’s top universities including Boston University, Carnegie Mellon, Harvard, the Indian Institute of Technology in Bombay, Jacobs University in Bremen, MiT, Oxford, The University of Melbourne, UCL, the University of Calgary, Yale and others. With mindful use of technical innovation, they toiled day and night to overcome social barriers and embrace common values. Our mission was threefold: (a) leverage technology to address current global problems, (b) promote collaboration among youth leaders across diverse academic, ethnic and religious backgrounds, and (c) encourage values-based institutions to embrace technology to further their missions.

The result was a resounding success which was acknowledged by the Pope in his Sunday address on the 11th March. The outcome of the hackathon was the recognition of nine teams who identified social problems and offered solutions thereto through scaleable technology.

Yet more importantly than the specific team which was crowned, the real ‘win’ is seen in the humanization of technology: the breaking of the quasi-gnostic aura which software engineers have which stereotypes technology as self-serving and money-spinning (Nelson calls this ‘computer priesthood’).  The students produced code which served the weakest and most afflicted members in society: refugees and migrants. One team called ‘Credit-ability’ from Washington DC worked on a “credibility” scoring application that provides refugees a way to collate their history and demonstrate their reliability to gain easier access to services like housing or opportunities in employment. All this is done through a smartphone-app or website freely accessible to all.

Indeed, the concept of digital integration through technology hinges on the notion of solidarity and seeks to create an inclusive society in which no one is left behind. The most ubiquitous tool: the smartphone, ought to be the simplest way to participate in society and should empower citizens to shape their future and circumstances.  And yet, this is one of the paradoxes at the heart of the digital revolution: the more we become digitally connected to one another, the more fragile those connections become. This is why technology needs to be inspired by positive ideals which unite humanity based on deeply shared common values.

A team from the University of Calgary in Canada created a platform to connect organisations and volunteers to inspire action, rather than just dialogue. From homelessness to natural disasters to mental health, they enabled people to interact with one another, regardless of religious affiliation in a deep and meaningful way which goes beyond the vanity of social self-promotion.

These ideas, and many others which were prototyped during the first ever Vatican Hackathon help us re-focus on who we are as a human race and how we should best use our tools in the service of humanity. Technology redefines the way in which we act, the way we perceive reality, each other and God. This perspective positions digital activity (and hackathons which create it) in a new dimension. It elevates technology from a mere method of communication to a deep daily experience of humanity shaping how we behold creation. It serves the wonder, spoken of by Pope Francis, in which technological innovation spurs equality and social inclusion in the ultimate service of mankind. 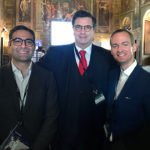 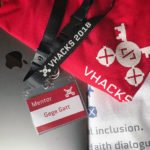 Dr. Gege Gatt is selected as a mentor and judge of the hackathon event 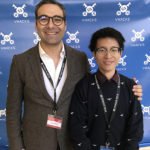 Dr. Gege Gatt with a computer scientist and participant 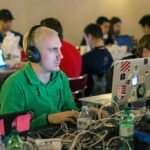 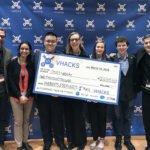 Dr. Gege Gatt with one of the winning teams and Monsignor Lucio Ruiz. 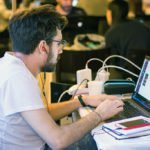 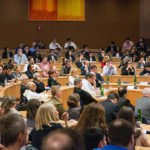 Final session at the at the headquarters of the Jesuit Order; the Curia Generalizia dei Gesuiti 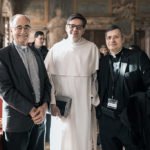 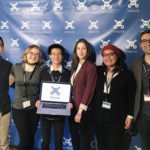 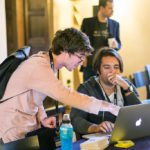 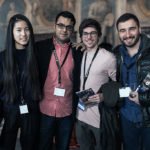 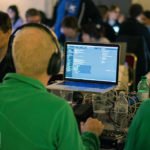 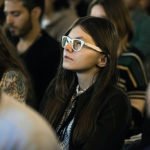 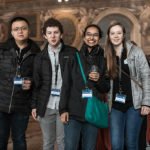 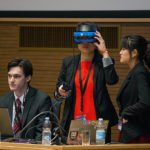 HoloLens trial at the Hackathon 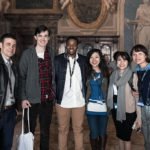 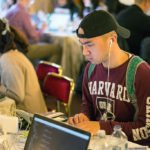 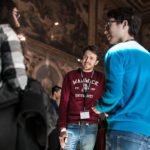 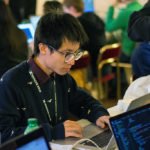 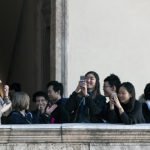 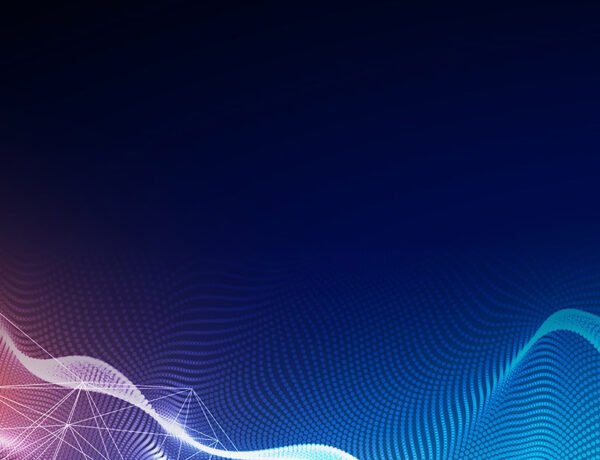 Of Hackathons and Social Inclusion 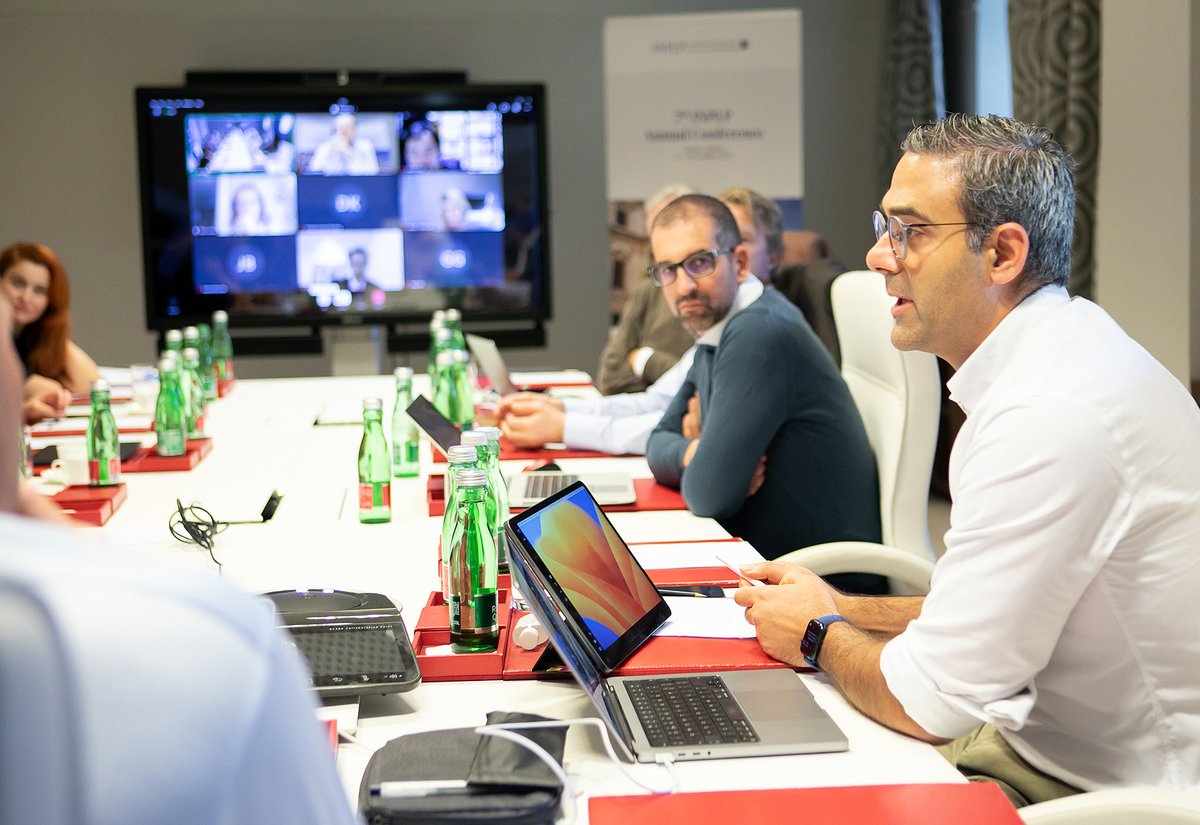 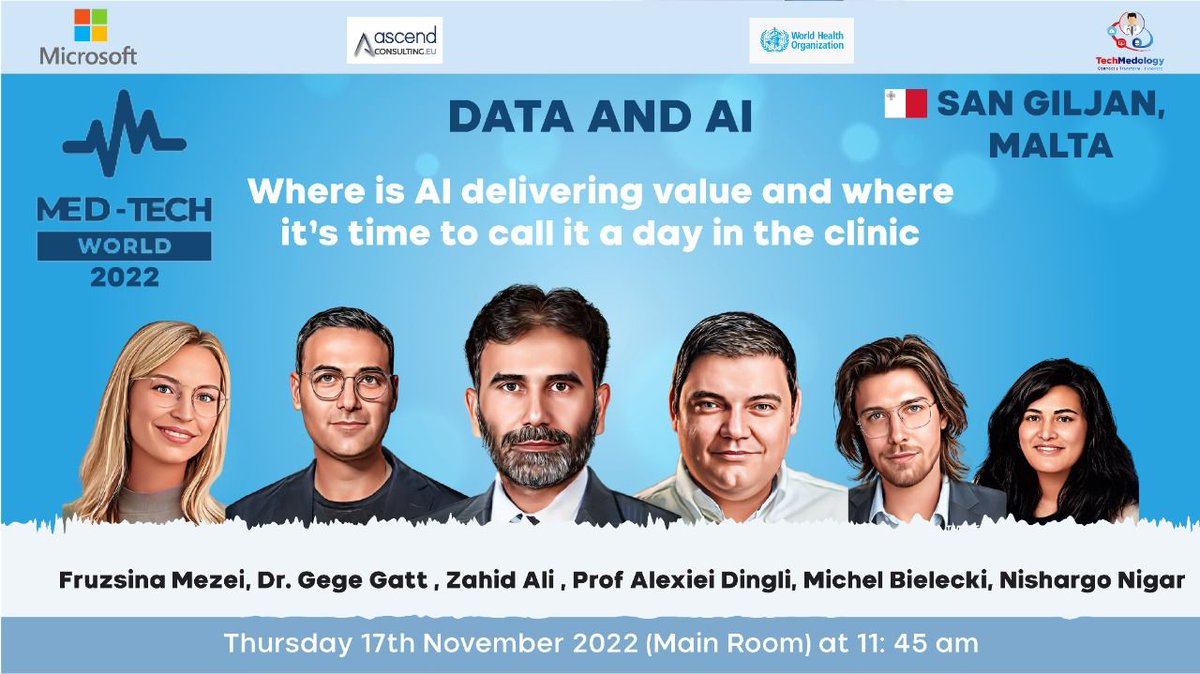 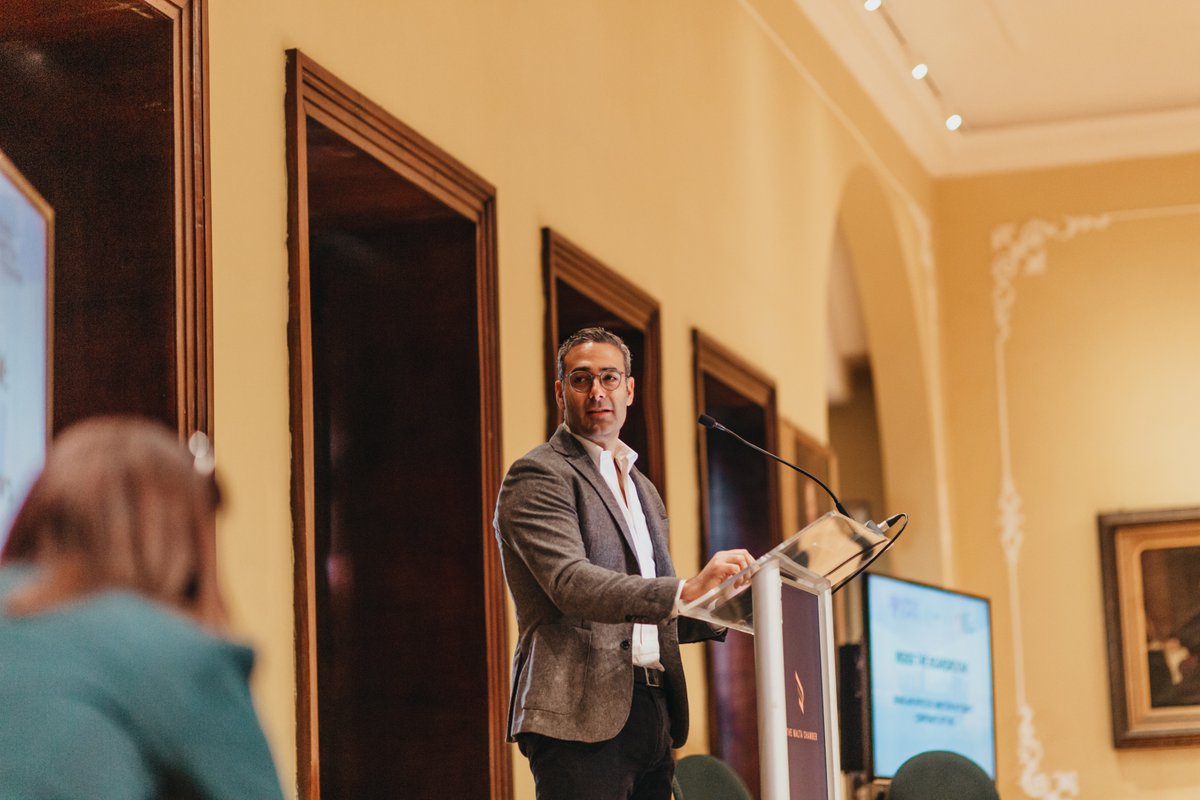 #AI is shifting the balance of power and the relationship between #tech, global politics and corporate governance has changed for good. It was inspiring to address the @FinancialTimes Directors' Diploma launch with some insights on the topic. 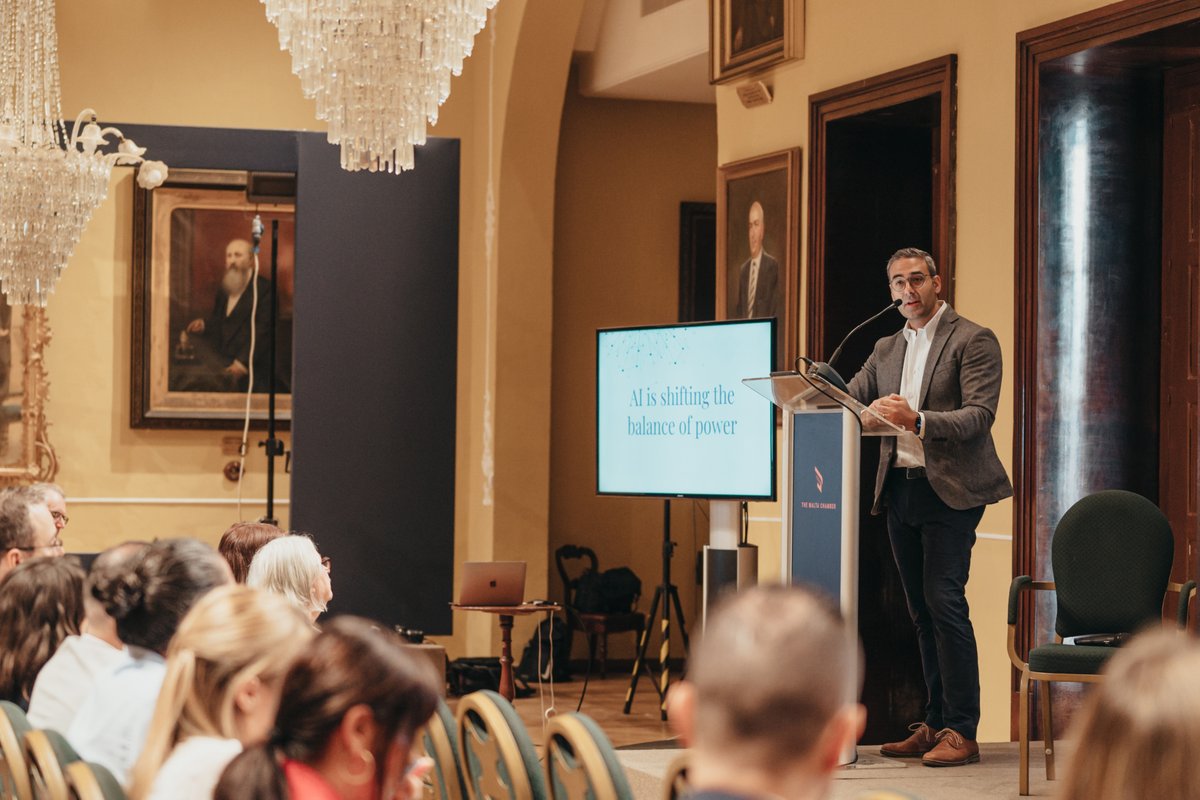 #AI is the most important technology transformation of the moment and we need to be cognisant of its capability to change society. A short piece published in @FortuneMagazine ... bit.ly/3Tw4Ogj

Here's a crisis. It's a wake-up call for @NHSuk and public #health administrators to rethink the way we deliver care. @EBO_ai is at the forefront of this journey as #AI is key to build #workforce capacity. bbc.in/3fsg9Pc